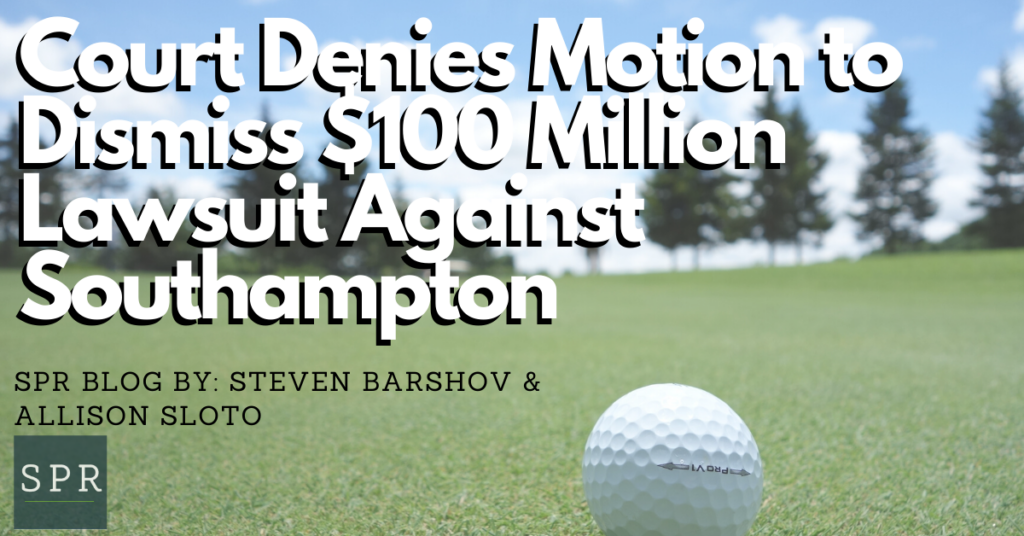 The Town moved to dismiss the constitutional claims arguing that the developer had no property interest in the rezoning, and therefore could not show a denial of due process. Under the Second Circuit test, which is applied by a majority of other courts, a property interest in a land use approval exists when that approval is certain or virtually certain of being granted.   To our knowledge, Justice St. George’s decision is the first time in the nation that a court has found a complaint to state allegations sufficient to establish that a rezoning was “virtually certain” to be granted and that its disapproval could give rise to a legally cognizable claim for a denial of due process.

On behalf of the developer, SPR argued that numerous factors supported a finding that, but for arbitrary “no” votes by two Town Board members,  the rezoning was “virtually certain” to be approved:

1) the existing zoning allowed as-of-right residential development and an accessory private golf course, and the only change to be accomplished by the proposed rezoning would be to cause the golf course to be a public membership club;

3) the operative Town Plan called for resort residential development of the property;

4) the Town Board repealed the planned development district (PDD) zoning provisions of the Town Zoning Code under which the project’s rezoning application was filed, but specifically grandfathered The Hills PDD application, affirmatively allowing it to go forward;

5) three of the five Town Board members voted in favor of the rezoning, one vote short of the four-vote supermajority required by the Town’s PDD Law; and

6) the stated explanations given for the two “no” votes cast by Town Board members were in direct conflict with the Town Board’s adopted and binding SEQRA Findings Statement.

The court held these allegations, as documented in and supported by 26 exhibits to the complaint, stated a claim upon which relief could be granted.